In Memory Of Our Beloved Friend, Coach & Mentor

Sandy was with the Institute from before our official start in 2011.  She passed away in September 2019 after a battle with cancer and is missed daily.

Sandy played a key role in helping develop our outstanding processes. She was a certified Integral Coach and a lead program instructor.  She was the founder and president of Hogan and Company, an executive coaching company headquartered in Tucson, Arizona. Through integral coaching, teaching, writing, and speaking she dedicated herself to "evoking of others the highest in themselves."  Which she accomplished in leaps and bounds. 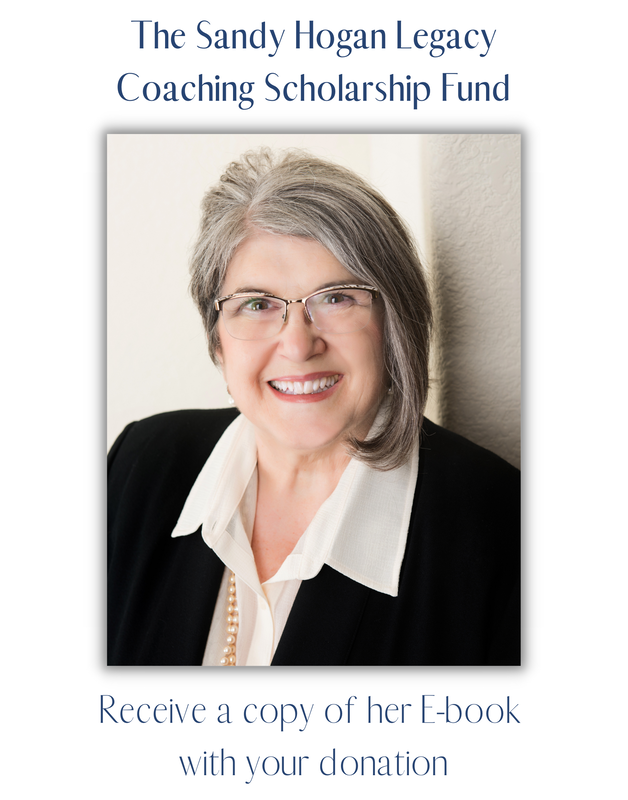 Sandy was fervently passionate about bringing new coaches into a world that needs them. She was also passionate that everyone had an equal opportunity to access coaching.

All donations received will be matched, dollar for dollar, by the Institute.

​In Sandy's words: "The good thing is that our calling doesn't give up on us. But, we often give up on it." Your donation ensures Sandy's legacy of support to new coaches lives on and that finances are not a roadblock to future coaching talent.